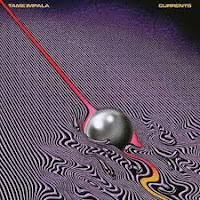 Dear Lord, what has happened to this band?

Not that I've ever bought into Tame Impala as the elite artists so many tastemakers in the industry would have us believe. I've seen them several times and they've never been a particularly inspiring live band. But back when they hit in 2010 with their debut Innerspeaker, I, like many others was intrigued by the promise of leader Kevin Parker's vision and the band's fresh psych-rock sound - a swirling, soaring wash of Lennonesque Tomorrow Never Knows-psychedelia that seemed simultaneously possessed of both ethereal beauty and a fair amount of rock and roll balls.

The pounding track Elephant aside, the band's celebrated 2012 sophomore effort Lonerism significantly dialed back on the tempo and punch, but was such a leap forward in left field inventiveness and textural sophistication, and such a virtuosic display of Parker's savant-like studio brilliance, that few listeners noticed or cared how lacking in momentum most of Lonerism's songs actually were.

But all the problems inherent in Parker's increasingly obsessive focus on texture and sound over songwriting, crunch, and rhythm come home to roost big time on the band's third, and by far least satisfying effort, the staggeringly effete Currents.

Parker has steered the band in a much poppier, synth-driven direction this time, to my ears, basically aiming to produce the psych-rock equivalent to Daft Punk's Discovery...and there are a few moments that work well. Shifting opener Let It Happen, though way overvalued in the year-end polls, is a solid, adventurous tune that does in some way forge a Pysch-Rock/Daft Punk aesthetic, and the bass work in the album's best song The Less I Know The Better is freaking unreal.

But throughout, the album is done in by a pervasive sense of wimpiness so irritating it honestly makes me want to punch my hand through a wall.

It's a weird core criticism to have towards an artistic work, especially when there are so many soft rock and gentle/sensitive/introspective pop efforts out there similar to Currents that I love - but I just can't get past it here. Every time I listened to Currents, by the time I'm three or four tracks in all I can think is "God, this has to be the most unmanly album from a group of straight white males I have heard in years."

The wimpiness factor reaches near comic proportions towards the album's end.

About thirty-five seconds into the short track Disciples there is a brief synth line so lame, so cutesy, so, yes, wimpy, it encapsulates everything that is wrong with this album. And then that track is followed by 'Cause I'm A Man, an unapologetically macho, almost predatory song lyrically which actually caused a minor stir with some feminist watchdog groups, but which for me, in the context of how effete the whole album sounds, just comes off as laughably unaware, even though it's still probably the album's third best song.

Obviously, given Parker's genuine studio talents,  the album sounds fantastic on a sonic level, and like the Beach Boys Smiley Smile, another album mostly done in rather than empowered by its creator's growing obsessions, those core unique talents that attracted fans to the artist in the first place are still there to some degree bubbling under the surface, making the occasional moments sing - which is why, even as harsh as this review comes across, this album gets a Mild instead of a Not Recommend rating.

But as much as I understand how important it is for every artist to change things up and grow and follow their passions, Currents is proof positive that sometimes the opposite is also true, and just sticking to what you already do well is the best course of action.

Here's hoping Mr. Parker realizes this next time out.

Cherry Picker's Best Bets: Let It Happen, The Less I Know The Better, 'Cause I'm A Man, Love/Paranoia

Here's the official videos for my two favorite tracks from the album The Less I Know The Better, and Let It Happen.