1998's best singer-songwriter, folk, and more literate rock moments are the focus here in this celebration of the power of words and simple instrumentation merged.


About the Artists/Albums/Songs Featured on this Mix! 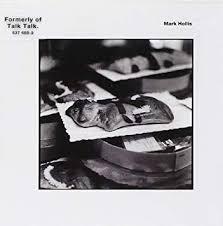 1. The Colour Of Spring - Mark Hollis: Though never intended this way, we begin our look back at 1998's best singer-songwriter efforts with selects from signature albums by two artists recently passed.  First up, the breathtakingly quiet opening track from Talk Talk frontman Mark Hollis's stunning eponymous debut. As intimate and spare as any record I've heard, Mark Hollis is not an album for every moment, but when you are in the specific mood for it, nothing else will do. Sadly, it wound up the only solo recording of Hollis's career. 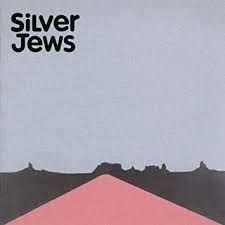 2. Random Rules - Silver Jews: Stephen Malkmus returned to Silver Jews for the band's third outing, and the result was the most playful and varied record of the act's career, American Water. But this is Silver Jews here, so playful doesn't necessarily mean optimistic and upbeat, as is clear on this witty album opener that finds David Berman now accepting the undeniable randomness of life that so tortured him on the band's previous release The Natural Bridge. 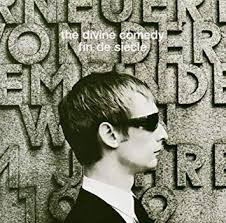 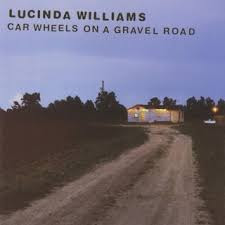 4. Car Wheels On A Gravel Road - Lucinda Williams: We've already featured a cut from Lucinda William's classic Car Wheels On A Gravel Road on our 1998 Best Of The Best, and Nancy pilfered from the record deep for her upcoming 1998 Favorites mix, but I felt it irresponsible to do a 1998 singer-songwriter mix and not include at least one track from the year's best effort in the genre. So how better to represent Car Wheels the album here than with its title track, the most critically lauded song on the record. 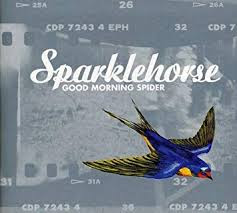 5. Painbirds - Sparklehorse: We've already profiled tracks from Sparklehorse's Good Morning, Spider on our Best Of The Best and Early Indie / Aging Alts mixes, but I couldn't let this amazing ballad from the album, my favorite of the record's many mellower tracks, go unrecognized. 6. Everybody Here Wants You - Jeff Buckley: Double album Sketches For My Sweetheart The Drunk was the first posthumous release following Buckley's tragic Nashville drowning in May of 1997.  Comprised in large part of nearly completed tracks he had been working on with Television's Tom Verlaine but had then decided to rework, it's a frustratingly unfinished and uneven release, but multiple gems do exist, none more potent than his aching but wary love song for his charismatic girlfriend at the time, Joan As Police Woman front woman Joan Wasser. 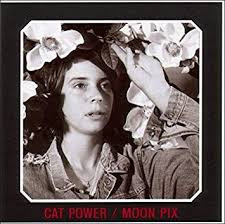 7. Cross Bones Style - Cat Power: Unfortunately, as much as I wanted to also include Metal Heart and Colors And The Kids, we're only profiling this chilling cut from Cat Power's Moon Pix, considered by many Chan Marshall's best album and one of the signature singer-songwriter recordings of the 90s. Recorded in Australia with members of the post-rock outfit the Dirty Three, it's one of '98's most haunting releases, which should be no surprise since Marshall claims most of the songs came to her in a single hour one night after waking from a horrific nightmare and grabbing her guitar to ward off an overwhelming sense of dread. Furthering the horror, Cross Bones Style itself references two orphans Cat Power had met while touring Africa, who had taken to sleeping in trees at night after their parents had been killed. 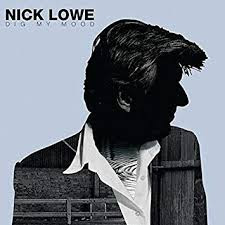 8. What Lack Of Love Has Done - Nick Lowe: By 1998, with the release of his endearing tenth solo effort Dig My Mood, Nick Lowe had fully moved on from the new wave/pub-rock scene he helped create in the late 70s/early 80s and embraced his newfound role as a gentle, old-fashioned troubadour. This sweet song here is one of my very favorites from this stage of his career, a musical path he continues to tread to this day. 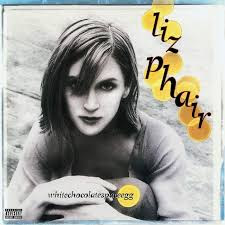 9. Uncle Alvarez - Liz Phair: We've already profiled a bunch of tracks from Liz Phair's third studio release Whitechocolatespaceegg on our Mainstream Rocking Shite mix, but Phair has always been as much a singer/songwriter as she is a rock 'n' roller, so I wanted to include at least one song from the album here. 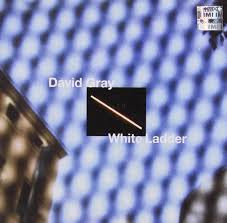 10. Babylon - David Gray: Crazy to think about, since singer-songwriter David Gray's White Ladder is now the 26th best selling album of all time (and the best selling album in Ireland ever), but the record actually needed to be released twice. It was first self-released by Gray on his own IHT Records label and bombed. It wasn't until Dave Matthew's label RTO picked it up and rereleased the record in 2000 and the song Babylon caught on that the album started to gain any traction. But once it did,  the album refused to let go, especially in England, where it remained in the UK's top-100 charts for thirty-four months straight. 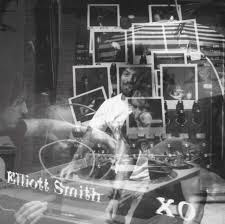 11. Bled White - Elliott Smith: XO, Elliott Smith's major label debut, has been declared one of the best albums of the 90s by multiple music rags over the years, and presently sits in the #9 spot for 1998 and #82 spot for the decade on aggregator www.acclaimedmusic.net. I have more conflicted feelings towards XO, which definitely possesses magic moments, but which also feels almost unbearably sleepy to me for significant stretches. Still, I wanted to include something, and Bled White was for me the obvious choice, even though critics usually rally around two other cuts, Baby Britain and Waltz #2. 12. She's Your Cocaine - Tori Amos: Though it's a bit of a sinker that's most impactful on the first few listens when it's wild, Kate Bush-like daring overwhelms the senses, in the end, there's still tons appreciate on Tori Amos's adventurous 1998 release From The Choir Girl Hotel. Many excellent songs I considered including - Spark, Cruel, Raspberry Swirl, Liquid Diamonds - but in the end, the swaggering She's Your Cocaine served this mix best. 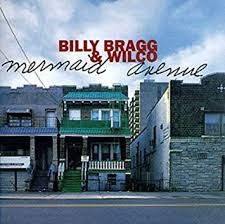 13. Walt Whitman's Niece - Billy Bragg: Walt Whitman's Niece is my personal favorite from 1998's Mermaid Avenue, the delightful opening salvo in what would become Nora Guthrie's ongoing series of collaborations with Billy Bragg and Wilco to put her deceased folk-legend father Woody's enormous collection of previously unheard/unpublished lyrics to music. Billy Bragg is the stronger presence of the two acts on this debut volume, hence my decision to focus on one of his contributions here, but to hear Wilco's strongest effort from the album, be sure to check out our 1998 edition of Nancy's Favorites!

14. Love Too Soon - Pascal Comelade & PJ Harvey: A surprise hit from an unlikely but inspired collaboration between toy-piano-loving French avant-garde musician Pascal Comelade and the much younger PJ Harvey, it was the lead single on Comelade's 1998 album L'Argot Du Bruit and a rare blip of mainstream success in his decades long underground career. 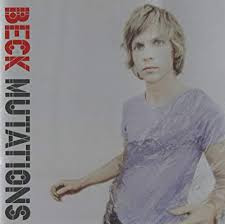 15. Nobody's Fault But My Own - Beck: We featured one of Mutations' most playful rock numbers, Tropicalia, on our Early Indie / Aging Alts mix. Here we turn to Mutations' best ballad and best song overall, Nobody's Fault But My Own, which in hindsight feels like a direct precursor to the James Taylor-inspired greatness of Sea Change that would follow four years later. 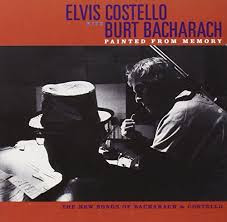 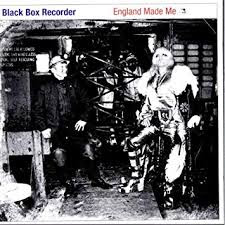 17. Child Psychology - Black Box Recorder: Easily establishing the "mean" side for this Sing Nice, Sing Mean mix, Child Psychology from English rock trio Black Box Recorders' moody debut full-length England Made Me boasts one the bluntest, harshest "suck it up"-styled lyrics of the 90s, if not all time. So blunt and harsh, in fact, and delivered with such a casual lack of empathy, the song was banned from British radio and MTV at the time. 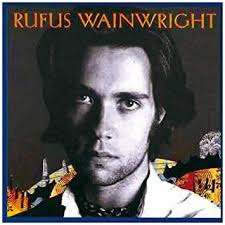 18. April Fools - Rufus Wainwright: The lightest number from Loudon Wainwright/Kate McGarrigle scion Rufus Wainright's Dreamworks-produced eponymous debut, April Fools is the album's most accessible song, and the only track from the dancehall-flavored record to receive any sort of promotional push (a music video shot in part at Gwen Stefani's home of the time). For those intrigued by Wainwright's distinctly nostalgic sound, I highly recommend checking out the album's spare/lush bookends Foolish Love and Imaginary Love, the lovely tribute to his mother Beauty Mark, and the sly coming-out hint that is Danny Boy as well. 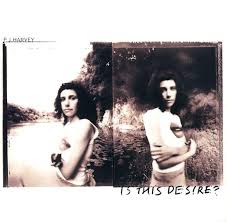 19. The Wind - PJ Harvey: With apologies to A Perfect Day Elise, the best-selling single of Harvey's career, my personal favorite from Harvey's 1998 To Bring You My Love-follow-up LP Is This Desire? is Desire's weirdest track and second single, The Wind.

20. Please Forgive Me - David Gray: One more hit here from David Gray's folktronic wonder White Ladder. For more from this record, be sure to hit our 1998 edition of Nancy's Favorites.

21. Send In The Clouds - Silver Jews: American Water's most rocking number is also one of it's most wickedly funny ("I am the trick my mother played on the world" - "Why can't monsters get along with other monsters" - "Windex tears flow down the robot's face"). Such a shame we lost David Berman in 2019. 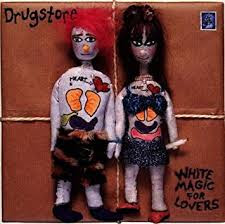 22. El President - Drugstore: The first hit for London's Isabel Moneiro-fronted dream-pop outfit Drugstore, this tribute to former Chilean president Salvatore Allende from the band's second album White Magic For Lovers got a big vocal assist from Radiohead's Thom Yorke, whom the Drugstore band members had become tight with after touring with Radiohead in 1995. 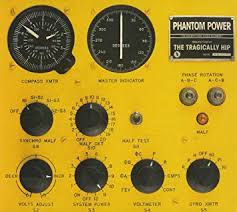 23. Bobcaygeon - The Tragically Hip: This Phantom Power ode to the enduring power of love and the natural world to heal the soul, named after the rural community in the deep outskirts of Toronto where the song's burnt-out police officer protagonist retreats for the weekends, became one of the iconic staples of Ontario-rock darlings The Tragically Hips' illustrious career, and went on to win Canada's 2000 Juno Award for song of the year.

24. Satisfied Mind - Jeff Buckley: As much as I enjoy Jeff Buckley, I've always been partial to his father Tim, if for no other reasons than Tim put out a lot more material in his also too-short life, and because Tim's very best recordings were originals, while most of Jeff's definitive moments are jaw-droppingly brilliant covers. Case in point - this unbelievable live version of the Joe "Red" Hayes/Jack Rhodes country-classic Satisfied Mind, which closes the Sketches For My Sweetheart The Drunk and also felt like the perfect closer for this mix.
Posted by McQ at 8:17 AM