2012:The Year In Folk/Singer-Songwriter

Women dominated the Folk and Singer-Songwriter categories in 2012, but it was a rich field overall.

Here are some of my favorites. 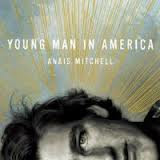 1. Young Man In America - Anais Mitchell: To my ears, two out of the last three years running now, Anais Mitchell has produced the year's best folk album. But Young Man In America is a very different record than 2010's Hadestown, which incorporated a vast swath of indie guest vocalists to recast the Eurydice-Orpheus myth in depression-era America.  Here Mitchell is front and center, the songs modern and stylistically of a piece rather than unrelentingly eclectic, and the lyrics, though still narrative in design, far more personal.  But as strong as several of the songs are, it's the crystal clear, graceful moment-to-moment flow of the album's spare, idiosyncratic instrumentation that really sets this record apart.  My favorite late night chill album of 2012...in year that produced several.
STRONG RECOMMEND - Spotify! / iTunes / Amazon 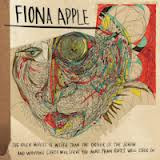 2. The Idler Wheel... - Fiona Apple: I've never been the biggest fan of Apple's past work.  I admire many things about her - her voice, her hold-nothing-back emotional honesty, and her massive spine when it comes to pushing back against the music industry's cheapening commercial forces - but I've always been a sound-is-way-more-important-than-the-words listener, and I've never connected with her jazz-inflected musical sensibility.  But that said, this elaboratedly titled new record is an out-there confessional gem, full of unexpected, quirky lyrical and stylistic turns, and all set to instrumentation so pared down, it eliminates the jazzier feel to her past albums that I've never liked. One of the best reviewed albums of the year, I can't give it a nod over Young Man In America's often breath-taking musicality, but for most singer-songwriter fans, this was the record of 2012.
STRONG RECOMMEND - Spotify! / iTunes / Amazon 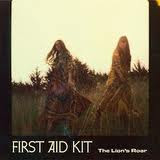 3. The Lions Roar - First Aid Kit: This latest effort from two young cherub-voiced Swedish sisters who harmonize like angels and write far beyond their years includes two of 2012's most gorgeous songs in Emmylou and To A Poet. That the rest of the album nearly matches this excellence is just a bonus. Along with Allo' Darlin's Europe, Dr. John's Locked Down, and Japandroid's Celebration Rock, one of the most immediately agreeable albums of the year.
SOLID RECOMMEND - Spotify! / iTunes / Amazon 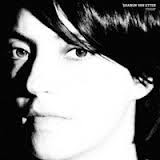 4. Tramp - Sharon Van Etten: Assembled over multiple years primarily in the garage of good pal, producer, and National guitarist Aaron Dessner (yeah, he's one of the twins), I still question the production decisions on this album, not convinced that Dessner's lush, High Violet-like adult-contemporary arrangements serve Van Eten's beautiful, powerful but instinctively damaged voice as well as the spare acoustic backings on her previous, more country-flavored release Epic.  But there's no denying Tramp has a number of excellent, brooding tracks.  The album takes several listens to process, but it's worth the effort...and keep an ear out for Beruit's Zach Condon, who swoops in to save the day towards the end just when things start to feel a little repetitive.
SOLID RECOMMEND - Spotify! / iTunes / Amazon 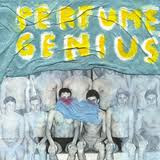 5. Put Your Back N 2 It - Perfume Genius: With the lone possible exception of the Chromatic's Kill For Love, Put Your Back N 2 It was 2012's most intimate album - tiny, Paul Simon-esque, often gay-themed song fragments set against the most delicate of piano instrumentation. A bit hit or miss, but the best moments - Normal Song, Dark Parts, Hood - hit with such emotional impact, it's all worth it.
SOLID RECOMMEND - Spotify! / iTunes /Amazon

Others 2012 Indie-Folk/Singer-Songwriter releases worth hearing:
A Church That Fits Our Needs - Lost In The Trees
Big Inner - Matthew E. White
Deer Creek Canyon - Sara Cahone
Fear Fun - Father John Misty
I Like To Keep Myself In Pain - Kelly Hogan
Narrow - Soap & Skin
The Something Rain - Tindersticks
There's No Leaving Now - The Tallest Man On Earth
What We Saw From The Cheap Seats - Regina Spektor

Next Up - The Year In Electronica and Electro-Pop.
Posted by McQ at 10:35 AM