In a way, it might be wrong to start here, as I feel indie-pop was the least significant genre of 2012.

After a half-decade counter to the noise and aggression of the 90s, the pop-rock pendulum seems to  be finally swinging away from the gentile beauty that's dominated recent years back to the harder, more aggressive approaches of decade's past.

That said, nothing is more beloved in music than a great hook, something these albums provide in spades...and significant or not, the titles I've group here under the indie-pop umbrella are among the most colorful and eclectic batch 2012 produced. 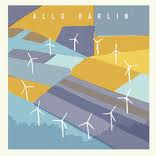 1. Europe - Allo' Darlin: Twee-pop Nirvana.  Easily my favorite pop album of the year and one of the year's most instantly endearing and consistently solid releases.  If you've got a taste for early R.E.M.'s guitar-driven flow combined with Belle & Sebastian-styled lilting pop sweetness, this female-fronted jangle-pop gem is the album for you.
STRONG RECOMMEND - Spotify! / I-Tunes / Amazon 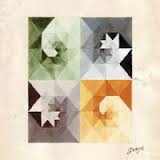 2. Making Mirrors - Gotye: Technically a 2011 release but not released in the states until January,  2012, most will associate this record with its ubiquitous summer 2011 hit Someone That I Used To Know, but it's the pop-eclecticism of the rest of the album that blew me away. Recalling a pre-American Idol sensibility where aiming for the pop mainstream still allowed for quirks, adult   intelligence, and off-beat artistry, Making Mirrors evokes the feel of guilty pleasures like Journey, Keane, George Michael, Travis, Stevie Winwood, Phil Collins for sure, but when it's all this well done and this varied, who cares.
STRONG RECOMMEND - Spotify! / I-Tunes /Amazon 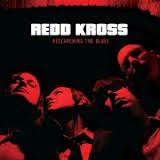 3. Researching The Blues - Redd Kross: An often hysterical, self-deprecating power pop album from an aged group of under-recognized L.A. lifers, Researching The Blues operates in the vein of the best work of Cheap Trick and more recent power-pop stalwarts like The New Pornographers. The riff's often "go to 11" on this hard-chugger, but make no mistake, this is a pop album through and through, with hooks galore.  Uglier, the band's acerbic take on the "joys" of aging, justifies the cost of admission alone.
SOLID RECOMMEND - Spotify! / I-Tunes / Amazon 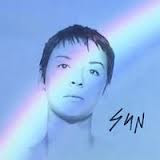 4. Sun - Cat Power: Following the breakup of her long-term relationship with actor Giovanni Rabisi, Chan Marshall moves away from the Nashville/Stax-flavored balladry that defined her last release of originals, The Greatest, into the world of quirky, self-produced electro-pop. It's a change that works. The album's back half sags some, but the opening half, especially Ruin, is wonderful, and it's all capped by one of the most unlikely songs of the year, the Hey Jude-like, eleven-minute Iggy Pop collaboration Nothing But Time, written to cheer up Rabisi's teenage daughter, with whom Marshall had formed a deeply felt relationship.
SOLID RECOMMEND - Spotify! / I-Tunes / Amazon 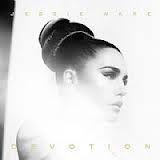 5. Devotion - Jessie Ware: She broke out last year as a guest vocalist on several releases in the drums & bass world, most notably SBTRKT's self-titled debut, but for me, there's only one way to describe the music contained within this promising debut - Sade reborn.
SOLID RECOMMEND - Amazon 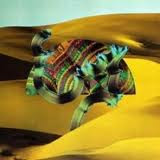 6. Django Django: One of two genuinely bizarre pop releases to take the UK by storm in 2012 (the other being Alt-J's An Awesome Wave), this is my favorite of the two for its greater bounce and more eclectic feel.  Combining wonderful 60s-garage harmonies with all manner of natural and electronic influences, the band can come off like Devo one minute (Default), and spaghetti-western-inspired surf-punks the next (Hailbop), but it's all done with a sense of off-kilter, David Byrne-like fun.
SOLID RECOMMEND - Spotify! / I-Tunes / Amazon 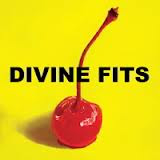 7. A Thing Called Divine Fits - Divine Fits: A nifty set of indie-pop tunes from a new side-project fronted by Spoon lead-singer Britt Daniel and Wolf Parade/Handsome Furs guitarist/song-writer Dan Boeckner.  Fans of any of these bands will find much to like here.
SOLID RECOMMEND - Spotify! / I-Tunes / Amazon 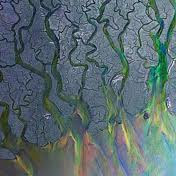 8. An Awesome Wave - Alt-J: The other big, out-there Brit-pop release of 2012, An Awesome Wave is a much mellower, moodier affair than Django Django, playing more to the Blur / Radiohead side of the Brit-pop spectrum, but a couple of the tracks, especially Tessellate, feel as oddball fresh as any of 2012. Strange, but will be interesting to see how this band evolves.
SOLID RECOMMEND - Spotify! / I-Tunes / Amazon

Other 2012 Indie-Pop Albums of Note:
Bloom - Beach House
Ghostory - School Of Seven Bells
My Head Is An Animal - Of Monsters And Men
Nocturne - Wild Nothing
Port Of Morrow - The Shins
Plumb - Field Music