1977 was such a huge year for reggae, an amazing 11 of its all-time top 60 most critically acclaimed albums (at least as presently rated on aggregator www.acclaimedmusic.net) came out within the year's January 1 to December 31 span.

That said, listening to this mix, it's hard to ignore what a powerful impact poverty had on the Jamaican music scene at the time, not just in terms how it informed everything about the music's politics, but also in how significantly it limited these artists ability to get the best possible versions of their songs down on vinyl.

Once you get past the work here of The Wailer's, Peter Tosh, and US-based artist Garland Jeffreys, most of these songs sound like they were recorded a decade earlier than their actual release on the most rudimentary of four-track technology, and my guess is in many cases, with regard to the technology, that was probably true.

But dated recording issues aside, this is an awesome collection of tunes that captures a golden moment when Jamaican reggae and dub was thriving and had suddenly endeared itself to music lovers all around the world, especially the punks coming into their own in the UK.

1. Jamming - Bob Marley & The Wailers: Exodus is so damn loaded, it's practically a greatest hits collection unto itself, so it seemed fitting to kick off this mix with its best known track. 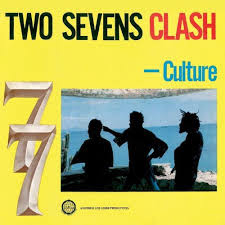 2. Two Sevens Clash - Culture: The title track to roots reggae Culture's stunning debut was a huge hit in Jamaica, and had an Orson Welles' War Of The Worlds-like impact on the island, as its lyrics, which popularized the Marcus Garvey prediction that the apocalypse was officially scheduled for July 7, 1977, inspired a significant portion of the island's population to stay home from work and/or shut down their businesses on that day when it finally arrived. 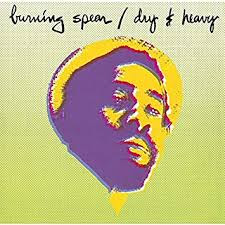 4. The Sun - Burning Spear: Winston Rodney's 1977 Burning Spear release Dry & Heavy,  while not the finest effort from this ridiculously fertile period in his storied career, is still considered a minor classic. And coming from the most fervently committed artist to Rastafarian ideals of all of Jamaica's major 1970s players , The Sun captures him at his fiery best. 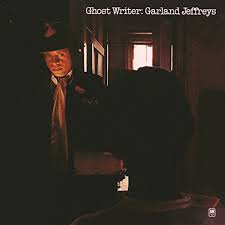 5. I May Not Be Your Kind - Garland Jeffreys: The lone American on this mix, Jeffreys was a Bronx-born New Yorker who actually spent a portion of his formative years working/hanging with the likes of the Velvet Underground's Lou Reed and John Cale before embarking on a solo career in 1973. But by 1977, he had evolved into a broadly eclectic songwriter who could switch with ease from reggae to soul to down and dirty bar rock at the drop of a hat, and emerged with the best album of his long career, Ghost Writer, which like this song from it here, focused on his difficulties growing up as a person of multi-racial heritage. 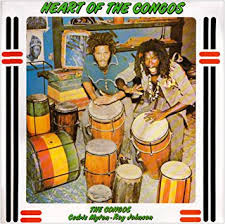 6. Children Crying - The Congos: There are many who consider The Congo's 1977 roots-reggae debut, Heart Of The Congos to be the finest production effort of Lee "Scratch" Perry career. He took everything on for the band, adding a third band member, and bringing in the Heptones and other reggae superstars to produce a dense, rich vocal blend. But because Perry was also involved in a contract dispute with his previous label Island Records at the time, he was forced to release this album on his own tiny Black Ark label, printing just a few hundred copies on initial release, and wasn't able to land international distribution for years (in fact the full, original mix version of the album wasn't given a proper worldwide release until 2017), causing a huge rift with the band that took years to repair.  Went with my personal fav Children Crying over the album's most reknown song Fisherman here. 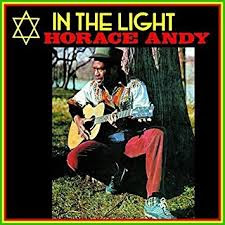 7. Do You Love My Music - Horace Andy: Today, Horace Andy might be best known as the reggae singer who prominently lended his vocal talents to all five Massive Attack albums, but he was a mainstay on the Jamaican scene throughout the 70s until moving to Connecticut with his first wife in 1977, where he recorded his fourth full-length In The Light from which we pulled this song here. 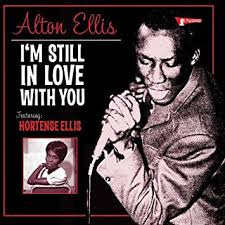 8. I Am Still In Love - Alton Ellis: Rocksteady pioneer Alton Ellis, who had already been recording for over a decade by 1977, was an elder statesman on Jamaica's music scene by the time he released this lovely single in 1977, but it's one of my absolute favorites from the year.

9. Equal Rights - Peter Tosh: The title track and one original we are featuring from 1977's Equal Rights, this track would go on to become the second most popular song of Tosh's solo career.

10. Waiting In Vain - Bob Marley & The Wailers: One of the most surprising things about Exodus is though it was the first album Marley recorded after an assassination was attempted on his life, it's amongst the least angry, least political, and most laid back albums of his career, focused to a far greater extent on fostering a positive sense of community and the healing powers of love and sex. Pretty obvious which of those two themes he's focused on here. 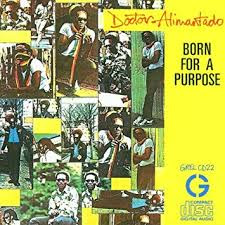 11. Born For A Purpose / Reason For Living - Dr. Alimantado: Primarily a singles artist at this point in his career, Alimantado (aka Winston James Thompson) was kinda the reggae equivalent of Daft Punk in 1977, a producer/composer who would write great songs, and then build them around the best vocal talent the island had to offer.  It would be another year before he became know outside of Jamaica, but when he finally did, in no small part due to the 1978 success of this single in the UK, he became one of the Punk scene's most revered reggae artists. 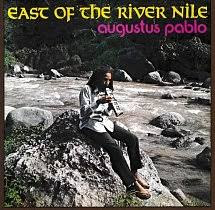 12. Chant To King Selassie I - Augustus Pablo: Augustus Pablo (the performing name for producer and session player Horace Swaby) was one of the most important early pioneers in the development of dub, and is also know for popularizing the use of the melodica in Jamaican music. This song, like most of his work, is purely instrumental, and comes for his 1977 album East Of The Nile River, the follow up to his definite 1976 work King Tubbys Meets Rockers Uptown. 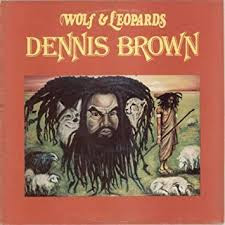 13. Wolf & Leopards - Dennis Brown: Half of a cheat here, as most of the songs on Wolf & Leopards the album had been released as singles in the years immediately prior. But rather than just collect the existing singles into a greatest hits compilation, they were instead re-recorded in updated form, and it is this rerecorded version of the song Wolf & Leopards (which condemns those island thugs who were adopting Rastifari mannerisms purely as a cover for their criminal activities) that became the definitive version most hear today. 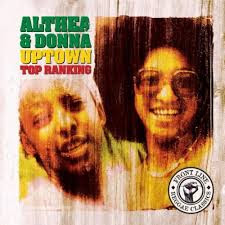 15. Uptown Top Ranking - Althea And Donna: Despite the abundance of Bob Marley, Peter Tosh, and Culture tracks on this mix, it is this joyous track here from these one-hit wonders that is now considered by critics the best reggae song of 1977. Recorded when the female vocal duo were only 17 & 18, it caught fire in Europe, and ended up as the #1 song of the year in Britain in 1978. 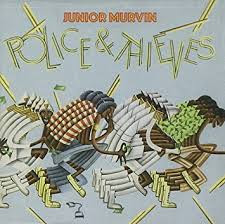 16. Police & Thieves - Junior Murvin: This, the original version of the song, was the biggest hit of Murvin's career, popularized even further by The Clash, and is taken from the Lee "Scratch" Perry-produced album of the same name.

17. Stepping Razor - Peter Tosh: Another cover from Tosh's Equal Rights, this time it's reggae hero Joe Higgs, considered by many the first true reggae artist (and a man who was also an important mentor for Tosh/Bob Marley early in their careers) who gets his work reinterpreted in such fine fashion here.

18. So Much Things To Say - Bob Marley & The Wailers: Had a tough time picking this song over Exodus's title track for the final Marley inclusion, especially since the song's ending is a little wonky and makes for a hard transition into any other track, but I just liked this song too much to leave off, clunky edit into The Heptones and all. 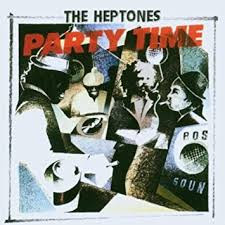