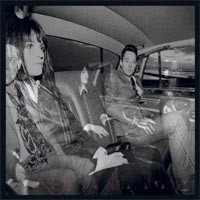 Breaking out in the early aughts near the same time as two other celebrated blues-rock duos, The White Stripes and The Black Keys, The Kills, with their seedy posturing and more contemporary punk-flavored aesthetic, have always been the most intriguing of these acts conceptually, but the least interesting in actuality.

Most of this is a simple reflection of core talent.

The band has always been solid,  but as songwriters they've never been a match for Jack White's clever humor or prolific and at times boundless compositional imagination, and Meg White excluded, they pale next to both acts when it comes to sheer instrumental virtuosity.

But that hardly means The Kills have thrown in the towel.

), the band started to stretch with 08's Midnight Boom

...accelerating the pace, shifting more purely toward punk and a touch of pop, even working in a few ballads.  To many listeners, it was the band's most successful outing, but beyond the dynamite 1-2 opening punch of U.R.A. Fever

and Cheap and Cheerful

, and the moving Black Balloon

, it was my least favorite.  I just didn't feel the rest of the material was up to snuff despite the greater diversity.

Enter 2011's Blood Pressures, which finds the band expanding its range even farther, but this time swinging the pendulum in the opposite direction, away from punk and towards a slower, bluesier, classic rock sound.  As with Midnight Boom, early reviews have been mixed, but this time I am solidly in The Kills' corner.

This is the best album of their career.

In expanding their textural and melodic pallet and sequencing their songs well, they've produced their first record that genuinely works as a front-to-back listen, as opposed to merely existing as a full-length suppository for two or three great tracks.

Take the brief, Lennon-esque Wild Charms, guitarist Jamie Hince's first lead vocal for the band.  The song's a tiny throwaway, but its placement is perfect, giving us a short respite before album centerpiece DNA's hard charge.

And what a hard charge the first half of this record makes.

Starting with the killer off-kilter riff to Future Starts Slow, the album's opening tracks move like gangbusters despite the slower tempos, incorporating a choir, Hince's backing vocals, and all manner of exciting, subtle textural flourishes.

After the mesmerizing DNA (to date, my favorite track of 2011), the back half of Blood Pressures drops off some, but still contains a few strong tracks, making the album a fully engaging listen to the very end.

So for fans of classic-flavored rock of the riff-driven variety,  I feel this is a near must get, missing out on a strong recommend by the slimmest of margins.

, Nail In My Coffin

What are your thoughts on The Kills's Blood Pressures? Let readers know with a comment.
Posted by McQ at 5:34 PM