Musically speaking, 1969 was so many things, but above all else, it was jammy.

I don't think I've ever worked through a music year where so many artists completely abandoned the concept of brevity.  It seems like every music in 1969 wanted to see, just like Tom Hulce as Mozart in Amadeus, how long the could sustain and extend a musical moment.

This mix here captures the psychedelic interpretation of that sensibility, best epitomized by the Grateful Dead in their definitive 1969 Live/Dead release, and newcomer's Santana and Chicago, who added whole new dimensions and latin rhythms to the psychedelic jam aesthetic.

Buried in between are a few crazy curveballs by the likes of The Doors, Frank Zappa, The Guess Who, and early electronic pioneer Terry Riley, but for the most part, this is mix is exactly what it claims to be... one never ending (okay, actually it's exactly 4 hours, but close enough) jam.

Set 2 (If We'd All Been Living In California)

Meet The Jam On and On Jam Band Virtuosos: 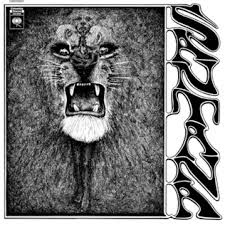 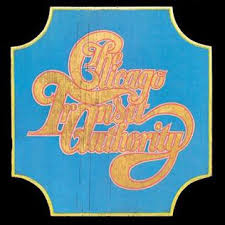 Chicago: Nancy has already featured Does Anybody Really Know What Time It Is on Vol 1 - Nancy's Favorites, and we'll listen to Chicago Transit Authority's self-titled debut's (Strong Recommend) other huge hit, Beginnings, on our blue-eyed soul collection Vol 15 - Croony, Croony, Croon, but here, we embrace the double album's omnipresent wailing brass spirit with three of its most exhilarating numbers, the multi-parted Introduction, an exhilarating cover of Stevie Winwood/Spencer Davis Group's I'm A Man, and to close out this entire mix, the exploratory, crescendoing fourteen-minute epic Liberation. 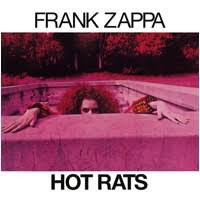 Frank Zappa: After touching on Frank Zappa's solo debut Hot Rats' (Strong Recommend) best progressive number Peaches En Regalia on Vol 5 - Prog Gods, Krautrock Kings & Canterbury Chaps, here we basked in the eternal glory of two of Hot Rats' three absolutely spectacular and inventive extended jams, the blistering guitar-driven Son Of Mr. Green Genes, and the even better strings-anchored The Gumbo Variations.  Seriously, as great as so many of the jams are on this mix, I'm not sure you'll find any better than these songs here. And that third great jam not included on this mix, the Captain Beefheart-fronted fan-favorite Willie The Pimp. 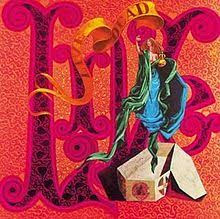 The Grateful Dead: Considered by many the definitive Grateful Dead statement of the 1960s, 69's Live/Dead (Strong Recommend) captures Jerry Garcia and company at their acid-drenched improvisational best. Many of their best know early numbers receive knock-out treatments here, and we're highlighting three of the double album's seven tracks - starting with the wondrous tandem of St. Stephen into an explosive version of The Eleven, and the to open our second set, an epic twenty-four minute rendition of possibly the quintessential Dead song, Dark Star. 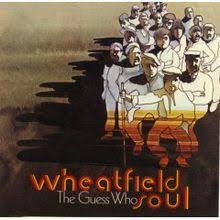 The Guess Who: A jammy outlier from The Guess Who's otherwise psych-pop-anchored first full-length of 1969 Wheatfield Soul (Mild Recommend), Friends Of Mine finds the Canadian singles masters stretching out both figuratively and literally into a meandering, silly and apocalyptic but still inexplicably appealing ten minute Doors-inspired groove. 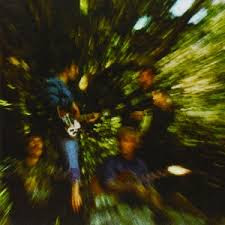 Creedence Clearwater Revival: The first and by far the jammiest of CCR's three 1969 releases, Bayou Country (Solid Recommend) only had room for seven total tracks, given the extensive run time of many of its numbers.  Here, we enjoy one of those long-players, with the album closing swamp-rock exorcism Keep On Chooglin'. 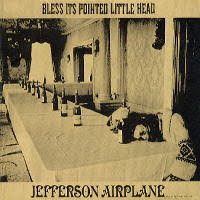 The Jefferson Airplane: In addition to releasing the best studio album of their career in Volunteers, The Jefferson Airplane also released one heck of a live album in 1969 with the oft-thrilling Bless It's Pointed Little Head.  For this mix, we tap their amped-up version of Surrealistic Pillow's 3/5 Of A Mile In 10 Seconds. 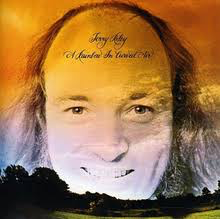 Terry Riley: A bit of an outlier here, but in it's own way jammy and a very important work - California-born experimental musician/composer Terry Riley's A Rainbow In Curved Air (Strong Recommend) is one of the seminal recordings in early electronic music, a clear stylistic table-setter for the future explorations of Kraftwerk and Brian Eno. Containing only two very long compositions, we're going with the album's fascinating title track. 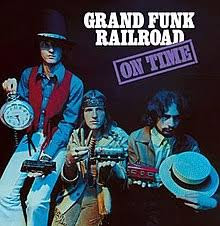 Grand Funk Railroad: We'll hear and write much more about late 60s, early 70s jam rock act Grand Funk Railroad in our proto-punk/proto metal mix Vol 14 - Hindenburgs Rising, but it would be remiss of us to not feature at least one selection from the band's two 1969 full-length releases on our '69 jam mix here, so we're going with debut album On Time's Hendrix-y Into The Sun. 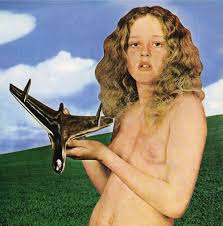 Blind Faith: A supergroup that was doomed to fail almost before it began, Eric Clapton had left Cream in significant part because he was sick and tired of being around Ginger Baker, one of rock's all-time legendary sourpusses. So when Stevie Winwood approached about forming a new act, Clapton was thrilled to commit, only to learn after committing that Winwood had already recruited Baker as well. But Clapton stayed true to his word and for a brief while gave the project a chance. Their only recorded effort, their much-hyped but merely decent eponymous debut (Mild Recommend) did produce one indelible track, ballad Can't Find My Way Home, which we'll hear in a later mix, but the album also contained a couple of very solid jams, among them the seventeen-minute, drum-solo dominated closing track Do What You Like. 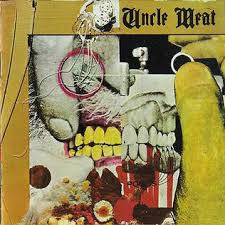 The Mothers Of Invention: Having already touched base on a couple Uncle Meat (Strong Recommend) highlights on Vol 2 - Best Of The Best and Vol 5 - Prog Gods, Krautrock Kings, and Canterbury Chaps, here we take a listen to a cut from the album's phenomenal side four instrumental suite The King Kong Variations with the suite's final live chapter, King Kong (Live On Flat Bed Diesel Truck In The Middle Of A Race Track At A Miami Pop Festival...The Underwood Remifications), preluded by another of the album's humorous spoken word asides, If We'd All Been Living In California. 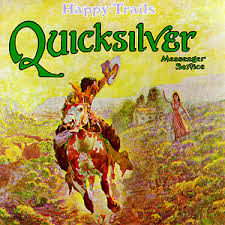 Quicksilver Messenger Service: The last of the elite San Francisco psychedelic acts to sign with a major label, Quicksilver Messenger Service was able to parlay their patience into a vastly more lucrative contract than their peers, but in the long run, that wait may have come at a cost. By the time their much-heralded best album, sophomore effort Happy Trails (Solid Recommend) was released in early 1969, enthusiasm for their crisp, clean twin guitar version of psychedelia was already on the wane, and the band never took hold nationally on the level of Janis Joplin, the Grateful Dead, or the Jefferson Airplane.  Still, for many who were there at the time, there is no more accurate representation of the sound and feel of the Haight-Asbury ballroom scene than the recorded mostly live at Fillmore West and East Happy Trials. To celebrate that, we're running with the band's full side-one spaced-out take on Bo Diddley's Who Do You Love. 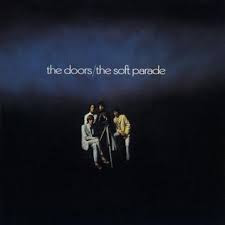 The Doors: Yes, The Door's The Soft Parade (Mild Recommend) is one of the two or three worst albums we are actually taking the time to spotlight in this mix collection, but the album does offer up some over-the-top, unintentionally campy fun, as on the committed and enthusiastic but often ridiculous jammy title track, where the band continued their tradition of closing each album with an epic-lengthened odyssey through Jim Morrison's twisted psyche. 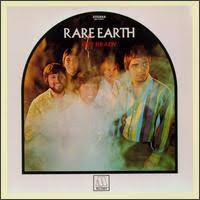 Rare Earth: One of the most successful white acts ever signed under the Motown umbrella, Rare Earth (also the name of the Motown subsidiary to which they were signed) had several hits in the late 60s/early 70s converting classic Motown singles into jam-rock epics.  Never were they more successful at this ploy than with their oft-thrilling, seemingly never-ending 22-minute cover of Get Ready, which significantly out-sold the Temptation's Eddie Kendrick-fronted original. 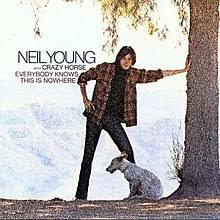 Neil Young & Crazy Horse: We'll tap a larger portion of Neil Young's brilliant second album Everybody Knows This Is Nowhere (Highest Recommend) on our upcoming country-rock focused Vol 13 - Creedence and Friends, but it would have been pure negligence to make a mix of 1969's best extended jams and not include one of Nowhere's two monumental long players here, hence the inclusion of the epic noodle-fest Cowgirl In The Sand.
Posted by McQ at 4:28 AM