Look, when it comes to jazz, I know next to nothing, at least compared to the few strands of random trivia I've come to grasp about rock.

But after revisiting many of 1969's most highly regarded jazz works, one thing was clear about - 1969 jazz was as adventurous and exploratory as hell.

Included below is a three-hour mix of the year's jazz that struck me most, with a few short efforts from R&B artists who were in a jazzier frame of mind in 1969 thrown in to break up the crushing weight of the amazing 20-30 minute compositions from the likes of Miles Davis, Don Cherry, George Russell and Pharaoh Sanders.

And as the two sets' subtitles imply, Set 1 is the far more relaxed and soothing of the two.

Set 2 (Carrie Off Her Meds) 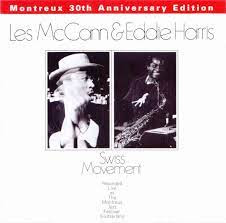 Les McCann: We're starting super easy on this mix, letting Les McCann and Eddie Harris's legendary Montreal Jazz Festival performance of Gene McDaniel's Compared To What (a song that had been recently popularized by Roberta Flack on her 1969 debut First Take) kick things off. 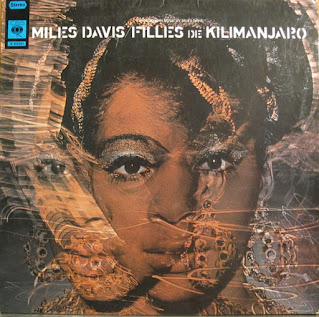 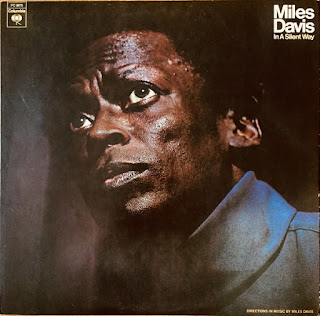 But as solid as Filles was, second 1969 release In A Silent Way (Highest Recommend), was so much more. Davis's first full-blown foray into electric jazz, Davis retained most of the quintet, but also enlisted the help of keyboardists Chick Corea and Josef Zawinful (who wrote the title track), and British jazz guitar prodigy John McLaughlin.  Containing just two tracks, the fabulous title track and the even better Shhh / Peaceful included on this mix here, the album was met with significance resistance from traditional jazz circles, but in retrospect rates among Davis's most appealing and accessible listens, especially compared to the confrontational madness that would soon follow in albums such as Bitches Brew. 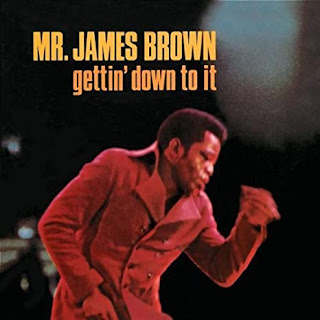 Dee Felice Trio: James Brown wasn't the only superstar on display on his 1969 big band standards cover album Gettin' Down To It (Solid Recommend.  So ably supported was he in the diversionary project, he included several of the Trio's instrumental tracks as well, of which the short, snappy There Was A Time included here is my personal favorite. 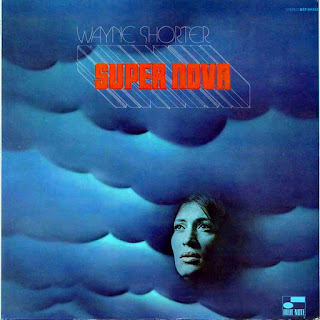 Wayne Shorter: Having recently switched from tenor saxophone to soprano saxophone on In A Silent Way, and about to leave the Miles Davis quintet to form his own fusion outfit The Weather Report, Shorter sneaked into the studio with fellow Davis quintet bandmates Chick Correa and John McLaughlin to record his twelfth solo release Super Nova. Presenting Shorter's own take on Davis's early fusion direction, the album contained five originals, but it's his ensembles cover of bossa nova standard Dindi that I've always enjoyed best and included as representative cut here. 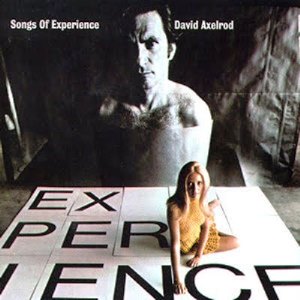 David Axelrod: Still fresh into solo career, studio/arranging wunderkind David Axelrod's 1969 sophomore release Songs Of Experience was the jazz/classical fusionist's second album in a row to to combine his baroque orchestrations with the influence of poet William Blake. The stunning The Human Abstract included here is the record's most enduring track. 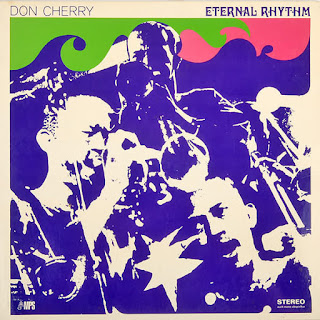 Don Cherry: Considered one of the landmark compostions of the avant-jazz scene of the 1960's, trumpeter Don Cherry's 40 minute Eternal Rhythm was recorded live in conjunction with the 1968 Berlin Jazz Festival.  We'll be checking out just Part 1 of this very challenging, highly percussive work. 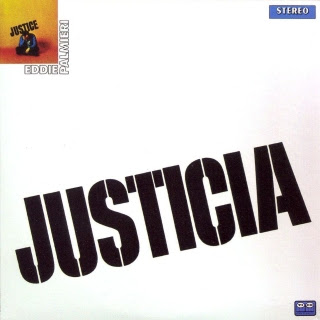 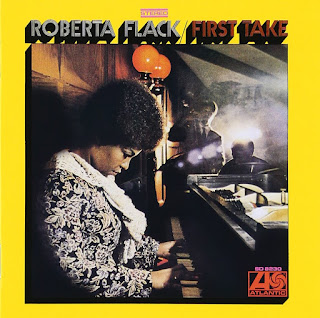 Roberta Flack: Though usually classified as a soul album, Roberta Flack's 1969 debut First Take (Solid Recommend) has such a low key jazzy way about it, I felt at least one song from the record should go here. Hence our inclusion of Tryin' Times to give our more accessible Set 1 a proper chill close out. 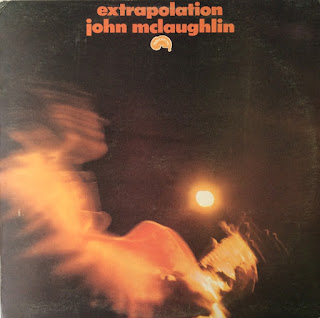 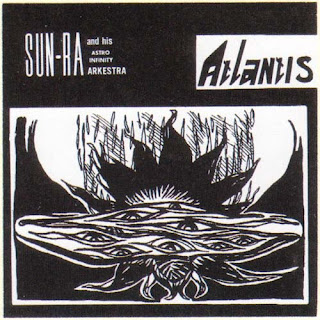 Sun Ra: One of jazz's first major artists to embrace the synthesizer, avant-garde jazz pioneer and all around freak Sun Ra locked in on the potential of just one specific instrument, the Hohner Clavinet (or as listed in the credits Solar Sound Machine) around which to anchor his 1969 free jazz exploration Atlantis. Probably should have gone with the 21-minute title track as representative cut, as it is consider one of the greatest compositions, but given how many very long tracks I'd already locked into this mix, opted for the album's relatively tight mood-setting opener Mu instead. 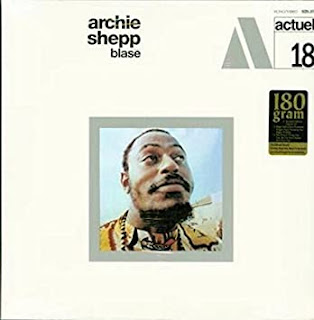 Archie Shepp: Coming to us from one of the 1960's avant-jazz scenes most outspoken radicals and radical conceptualists, Blase's explicit, harmonica-dominated title track is my favorite song from the best album of a three album stretch Shepp released just days apart in 1969 which also included Yasmina, A Black Woman and Poem For Malcolm! 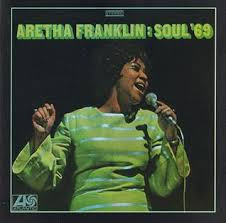 Aretha Franklin: We've already heard one selection from Aretha Franklin's sole 1969 release, big band covers classic Soul '69 (Strong Recommend), on Vol 1 - Nancy's Favorites. Now it's my turn to pick a favorite, with her swaggering, copa cabanna-styled Bring It On Home To Me, which to say the least, takes a very different approach to the material than Led Zeppelin's '69 cover of the same song, which closes our Vol 14 - Hinderburg's Rising. 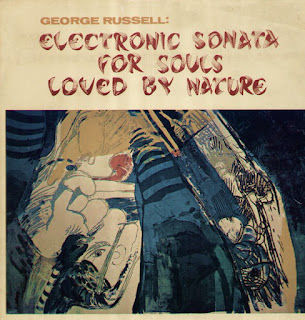 George Russell: Miles Davis's In A Silent Way and Pharoah Sanders Karma are without question my two favorite jazz releases of 1969, but right behind those two, and in some ways even more thrilling, is legendary jazz composer/arranger George Russell's Electronic Sonata: For Souls Loved By Nature (Strong Recommend). Performed and recorded live in Norway in 1969, the album presents a single composition in fourteen movements, but oh, do those movements vary, all the way from traditional African chants to blazing, Hendrix-influenced guitar excursions.  The wildest ride featured on this mix, we're highlighting side two of the original recording, which includes movements 8 -14.  This one is a blast.

James Brown: We've already touched on The Dee Felice Trio's contributions to James Brown's standards cover album Gettin' Down To It, now we hear from the Godfather himself.  Tough picking a fav here, with Sunny, That's Life, Chicago, and Time After Time all being standouts, but ultimately went with Brown's potent take on All The Way. 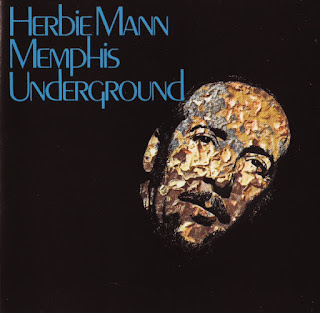 Herbie Mann: While not always beloved by critics, flutist Herbie Mann's Memphis Underground (Solid Recommend) is one of the best selling albums in jazz history, a crazy accessible merger of jazz and soul. Most of its five songs are covers of classic soul staples (Chain Of Fools, an incendiary Hold On, I'm Comin'), but to represent, we're going with the record's one original composition, the utterly delightful title track. 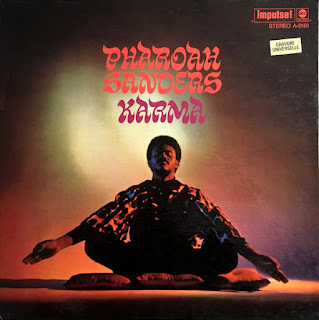 Pharoah Sanders: We close our 1969 Jazz Odyssey with one of my three favorite compositions on the entire mix, former Coltrane disciple and tenor saxophonist extraordinaire Pharoah Sander's 30 minute magnum opus The Creator Has A Master Plan from his gorgeous 1969 release Karma (Strong Recommend). Starting with a breathtaking, afro-pop infused melody before gradually evolving into overwhelming, unhinged cacophony, it just felt like it was the only track with which to logically end this mix.