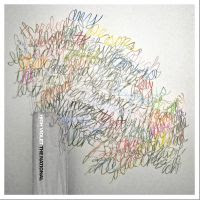 The truly great albums come at us in a myriad ways.
Some floor us with their stark originality, throwing down a stunning combination of sounds and approaches never heard before.
Some impress us with the sheer musical virtuosity on display, while others win us over by taking the opposite approach, stripping things down to their most naked and elemental.
Still others succeed by perfectly capturing a mood, or through the strength of the artist's unique personality.
And then sometimes, it all just boils down to plain old craft, applied at a ridiculously high level.
Brooklyn's The National are rock n' roll craftsmen of the highest order, and High Violet, their fifth release of yuppified, angsty, Joy Division-lite material, is their most meticulous release yet.  From the opening moments of lead track Terrible Love

to the closing beats of Vanderlyle Crybaby Geeks

, there isn't a nanosecond on this album that doesn't work.
It is without question in my mind the best album of 2010, and frankly, despite being less original than anything in my top ten for 2009, it would have been my number one album in that year also (even topping Pitchfork's beloved Merriweather Post Pavillion

by Animal Collective).
I'm amazed that an album of such samey sounding material, that also sounds a lot like the bands previous two releases Alligator

, could be so consistently compelling, but it is...this album grabs me from the first note and never let's go.
Certain tracks do stand out as firsts among equals.  Bloodbuzz Ohio

is High Violet's Apartment Story, the undeniable single, and the ballad Runaway

its most impeccably emotive moment, but my favorite is the album's darkest track, the Bon Iver-backed Afraid of Anyone

, which perfectly nails a new parent's protective paranoia towards dangers unknown.  It's a song anyone can love, but only a parent can truly understand.
But even more than any one track, much of High Violet's success has to be attributed to Bryan Devendorf's martial drumming, which much like Larry Mullen's work with early U2, gives High Violet its relentless forward propulsion.
Despite my enthusiastic review, I do urge those unfamilar with The National to sample a few songs first.  Their melancholy, sometimes mopey sound doesn't appeal to everyone.  But if meticulously plotted, immaculately orchestrated alt-rock is your cup of tea, you are in for a serious treat.
I cannot recommend this album strongly enough.
Status: Highest Recommend.
Here's the official video to the album's first single, Bloodbuzz Ohio.
Cherry Picker's Best Bets: Terrible Love

- 9
Intangibles: Very High
To Listen, Download, or Buy a Hardcopy
Click on the Widget Below.
Posted by McQ at 12:24 AM