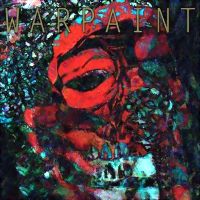 Some songs can just never be captured properly on record.  For one reason or another, they have to be experienced live to fully grasp their worth.
Unfortunately for Warpaint, a highly original, female art-rock quartet based out of Los Angeles, that's the case on about eighty-five percent of their nonetheless still intriguing debut, The Fool.
Simmering front-to-back in an dark, moody stew lyrically focused on the edgy, manipulative, combative side of male/female relationship politics, The Fool offers up a unique brand of instrumentally intricate, atmospheric prog.  It's a sound that is refreshingly out of step with the times.  Though there's nothing "metal" about it, it seems to have far more in common in terms of pacing, feel, and tone with the less aggressive, trancier numbers of late 90s/early Aught's alt-metal rockers like Tool than it does with anything offered up by the band's gazillion surf-and-dance-pop-obsessed female contemporaries.
On stage, much of the material presented here is exceptional.
But on record, much of the material's magic is lost.
At the heart of the problem is the album's mix.
Live, Warpaint seems to personify the female ideal of positive mutual coexistence.  Each band member has a very distinct personality, and collectively, they refuse to sublimate one musician or instrument to another, instead allowing each unique sound or voice to thrive simultaneously at equal and full volume.  The audience then, rather than the mixing board operator, is left to decide how to piece the sonic details together, and the effect is mesmerizing.
But such an approach requires extreme sonic separation, a level of sonic separation that can really only be achieved live.
On record, reduced frequency spectrums and compression demands must be met, instrumental hierarchies must be established...and though producer Tom Biller does everything he can to preserve the band's egalitarian attack, there's only so much he can do...as certain sounds begin to disappear behind or blend into other ones, the band's music, so dependent upon the interplay of simultaneously thriving tiny details rather than overarching percussive or melodic themes, loses much of its power and vibrancy.
A few songs survive the translation better than others, particularly lead single Undertow, and the album still possesses several hypnotic moments of unexpected instrumental departure, but for the most part, what one's left with are relatively languid, only mildly dynamic pools of mood, interesting for sure, but not something that I think will appeal to or excite the more conventionally minded listener, and unexceptional by any measure despite the band's great attention to detail.
Personally, I'm hoping Warpaint hooks up with LCD Soundsystem's James Murphy as producer on the next go round.  If any producer can get them the sonic separation this phenomenal live band needs to see their music thrive on record, it's him.
Status: Mild Recommend.