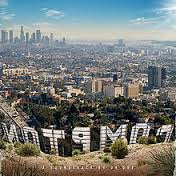 It's been a long, influential haul since rap's first billionaire and quite possibly its most legendary producer released his last album, 1999's 2001.

In the interim, Dr. Dre has helped jump start or further the careers of many of the genre's most iconic talents, from Eminem to 50 Cent, The Game to more recent proteges like Anderson Paak, Whiz Kalifa and Kendrick Lamar, not to mention launching a monstrously successful celebrity headphone enterprise in Beats and the streaming service Tidal, both since sold to Apple for beaucoup dollars. So yeah, the doctor has been one busy man.

The only thing he hadn't been able to do up until 2015 was complete his next album.

For years, the studio perfectionist toiled intermittently between producing stints on planned third release Detox.  Fan anticipation grew and grew, often stoked by Dre's own plugs in featured verses on other artist's tracks or by actual dropped Detox singles, most notably the Eminem-fronted I Need A Doctor, which became the biggest hit of Dre's career.  But all that pent-up excitement was gradually dashed by 2014, when whispers began to circulate that Dre had decided to scrap the project.

In its place, he dove hastily (at least by his own glacial work-pace standards) into Compton, a new collection of songs inspired and informed by his work on the N.W.A. biopic Straight Outta Compton, and lo and behold, in a short manner of time he had it ready for release in conjunction with the film.

Featuring turns from seemingly dozens of Dre's career collaborators, from the aforementioned Eminem and The Game, to other hip-hop luminaries including Ice Cube, Snoop Dog, Jill Scott, John Connor, Justus, BJ The Chicago Kid, King Metz, and Xzibit, it's a veritable who's who of gangsta / west coast rap and many make memorable contributions, though it's probably the youngest contributors, Kendrick Lamar and Anderson Paak, who shine brightest.

But the most interesting thing about Compton - the almost comically dated, Bill Kurtis sampling intro aside -  is how contemporary the whole affair sounds.

Never one to linger on his past laurels, what Dre has delivered here is no G-Funk encore, but rather a head-first dive into the styles and sounds of hip-hop today. For the most part, Compton was met with glowing reviews, and while it continues to grow on me and at some later date I may view this album in a much higher light, at present I can only give Compton a mild recommend.

To me, it feels like in chasing the contemporary sounds, in trying to keep up with the kids, Dre's lost a bit of himself in the process, especially with respect to the beats,  and in conversations I've had with friends and other long-time fans, I know that I am not alone in this thinking.

What emerges ultimately then is a very professional, stylistically expansive, workman-like album that will probably have tremendous appeal to the younger generation of hip-hop fans because it's so in-step with the times, but that may leave many older fans hoping for more of that old-skol NWA power-crunch or Chronic-styled super-funk a bit underwhelmed, if not straight-up disappointed.

For me, the material that works best has little to do with Dre's traditional Gangsta posturing, and more to do with where his head is at now regardng his ongoing creative process.  And even though in one way my favorite track on the album It's All On Me plays like a story-beat-by-story-beat synopsis of Straight Outta Compton the movie, what emerges most in the song is the unrelenting pressure and duty this top flight content creator feels to the huge pool of artists who remain dependent on him to keep their own careers going. Other tracks like All In A Day's Work touch on similar issues.

For those wanting harder-hitting grooves, the nasty One Shot One Kill featuring John Conner and Snoop is definitely your best bet. I also liked Satisfiction and the Anderson Paak-led Animals.

On the flip-side, I hate Loose Cannons, a gratuitous descent into Kim-styled woman-in-peril theatrics combined with a cheesy cliche Goodfellas-styled burial scene.  Unlike Kim or maybe Cube's You Can't Fade Me, Loose Cannons possesses none of those two tracks top-flight musical artistry or genuine personal connection to make the rampant misogyny in any way worth processing.

But my biggest issue with Compton is of a more general nature.

I just wish Dre hadn't gone so out of his way to sound current and had instead dug in his stylistic heels in a curmudgeonly way, for while hip-hop as message will never lack for content, especially in this racially charged Trump-era we've entered, hip-hop as music has a real beat problem right now.

So many of the present instrumental trends in the genre, while at times interesting and clearly sorting through the possibilities of some new technologies, are just so bland and lacking in punch when compared to what's come before, that sadly, at least for me, in embracing today's sounds so fully, this most dynamic and exciting of hip hop producers has allowed too much of today's blandness into his sound as well, and every time I listen to Compton, though I do enjoy many moments (this is in no way a bad album), the relative blandness of the beats on Comptom compared to Dre's past body of work is always my enduring final impression.

Cherry Picker's Best Bets: It's All On Me, One Shot One Kill, Satisfiction, Animals

There are no official videos for any of the songs from Compton presently available.
Posted by McQ at 1:34 PM