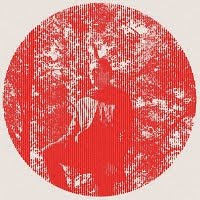 Canadian violinist Owen Pallett's Heartland, his first release since dropping the performing name Final Fantasy (so as not to create confusion with the video game on a recent Japanese tour), is a bundle of ironic, sometimes even maddening, contradictions:  Undeniably a pop album, yet almost completely devoid of traditional pop/rock instrumentation; a empathetic and amusing Candide-styled narrative about a farmer struggling to reunite with his beloved wife and daughter, brought to you by an openly gay artist; a narratively driven album that nevertheless mixes the vocals infuriatingly, obscurely low.

But when it comes to Pallett's skill with string arrangements, there are no contradictions.  He's just a near genius at it.

In a recent review of Four Tet's There Is Love In You, I commented on how much I loved the way samples built upon samples upon samples to create swirls of stunning yet appealing complexity.  Well, swap all manner of orchestral string instruments for samples, and the effect is pretty much the same here.  Strings swell and add, swell and add as the songs progress into delicious crescendos. The amazing final two minutes of The Great Elsewhere

illustrates this best, but examples can be found throughout the record.

I do have a few reservations. The low mix on the vocals is truly aggravating.  I've got no problem with buried vocals in pop music, thousands of artists have used them to great effect, and Pallett's got a fine, gentle croon...but if you're going to tell a story, please, just f*#%ing tell a story.  This isn't artistic license I'm taking exception with here, it's a flat out boneheaded mistake. It's impossible to figure out what's going on lyrically here without referring to the liner notes, and both Pallett and his producer deserve a slap on the wrist for this.  Hopefully they'll go back and remix in a couple of years.

Secondly, listeners need to know this is a very dense album that gives up it's charms very slowly.  I hated it the first three times I heard it, and truth be told, while I now find myself loving it eight or nine listens in, I'm still not sure I've got a true handle on it.

Simply put, this is a major league grower, commit to it for an extended period of time or else.

Finally, it goes without saying that while I now consider this a near strong recommend, this album isn't for everyone.  If your tastes in music run to the more conventionally hard rocking, or if thoughts of an album that reminds more of scores to animated Disney features from the 40s and 50s than rock n' roll today doesn't float your boat, probably best to steer clear.

For those that can dig something orchestral and original and intricate, though, I highly encourage checking Heartland out.

And for those torn about whether to give this a try, start with Lewis Takes Off His Shirt

, it's easily the most accessible track.

, Oh Heartland, Up Yours

, Lewis Takes Off His Shirt, Tryst With Mephistopheles

To Listen, Download, or Buy a Hardcopy,
Click on the Widget below.
Posted by McQ at 1:54 PM