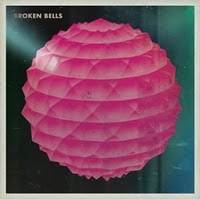 Unfortunately, Dangermouse is also, among contemporary big name producers, the great emasculator. He has a tendency to cut the balls out of near everything he touches (compare Black Key's Attack & Release to their other works for a textbook example), and it really hurts here, especially in the album's long, snooze inducing middle section.

But in the end, the opening and closing two tracks and overall pleasing nature of the sonic design are just strong enough to boost this album up out of not recommend territory to a mild, just know if you check this one out that it almost functions better as background/elevator music than a foregrounded listen.