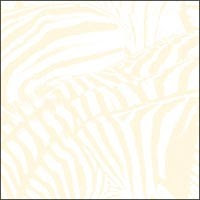 First, fair full disclosure. Beach House is a very unique, droney chamber pop duo out of New York whose work in recent years has earned it a ton of fervent fans.

I was not one of them.

Comprised of guitarist/multi-instrumentalist Alex Scalley and singer/keyboardist Victoria Legrand, Beach House's lush, dreamy, midnight-hued songs can pack a real emotive wallop, and sound like nothing else out there.

Taken in small doses, they can be fantastic and beautiful. But in an indie landscape littered with one trick ponies, few come more one trick than this band. Their previous release, Devotion

, was met with near universal acclaim but I found it a real struggle to sit through front to back, so total was the emphasis on texture and mood at the expense of all else, and live, the repetitive, sleepy nature of their music is even more pronounced.

Which is why Teen Dream comes to me as such a surprise.

The core approach to their music remains exactly the same...and yet by brightening the tones just a touch, and placing a slightly greater emphasis on dynamic shifts within the songs, Beach House has transitioned from a band that could appeal to only a select few to one most will enjoy.

, in particular, stands out, an unforgettable melancholy pop song reminiscent of the Sunday's Here's Where The Story Ends, but there are a number of excellent tracks, including it's bounciest (and saddest) number Used To Be

, and the musicianship and song writing never drops below a very solid level.

So I guess with Teen Dream, Beach House has converted me to their cause. I'm giving this album a very enthusiastic solid recommend, but I guarantee this album will score even higher on many 2010 year end lists. Definitely worth checking out.

, Walk In The Park