With the kids upcoming mixes and Newer Things hitting most of the years most notable hip hop releases, 2018's best synth-pop and electronic-based dance music is the focus here.

About The Albums/Artists/Songs Featured On This Mix: 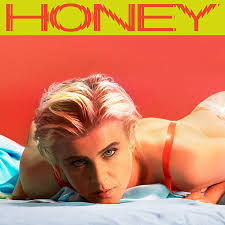 2. Missing U - Robyn: Following the 2015 death of dear friend and collaborator Christian Falk and the break-up of a personal relationship (that has since reformed), Swedish electro-pop superstar Robin Carlsson found herself in a much more intimate, reflective state of mind as she began working on her long overdue follow up to 2010's awesome Body Talk, one of the definitive dance club albums of the decade. Taking over much of the production duties herself this time out, 2018's Honey is the gentlest, most personal album of Robyn's career. And while I, as critic Robert Christgau, definitely prefer her earlier, livelier efforts to the new chiller vibe, there was still greatness to be found on Honey, starting with the album's lead single Missing U here. 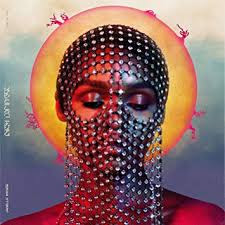 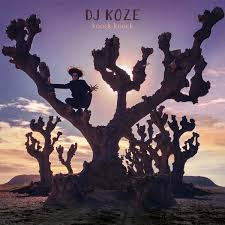 4. Illumination - DJ Koze: There probably wasn't a better representative album of the state of electronic music in 2018 than German producer Stefan Kozalla's (aka DJ Koze) Knock Knock.  Pitchfork's number 3 album of 2018, it's a sprawling, incredibly eclectic collection of summer festival ready numbers, cut of the same lineage as Jamie Xx's In Colour and Disclosure's Settle. Equally divided between dance-oriented numbers like the Roisin Murphy featuring Illumination here and unusual new-agey triffles, it's as broadly inventive a mainstream-oriented electronic album as I've heard in some time. 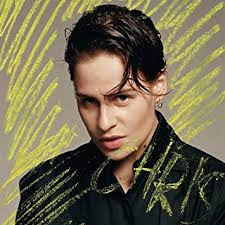 6. Bubblegum - Confidence Man: A bit of a cheat here, the insanely lightweight and bouncy Bubblegum was actually the Aussie dance outfit's first single and originally released in 2017, but I didn't hear it until 2018 when I first checked out the album.  And as rumor has it, the face masking veils the rhythm section always wears when performing were actually first worn to hide their real identities from their judgmental local industry peers when the band first starting making the transition  into dance music from their psych-rock origins. 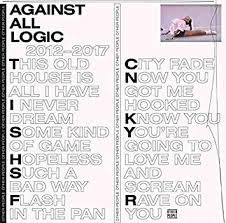 7. Know You - Against All Logic: This fun goofy number is one of two more tracks we'll be featuring on this mix (best song This Old House Is All I Have was already featured on our 2018 Best Of The Best) from Chilean producer Nicolas Jarr's Against All Logic 2012-2017, one of the most imaginative and upbeat electronic releases of the year. 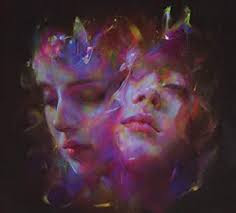 8. It's Not Just Me - Let's Eat Grandma: Still both under twenty at the time of release of their 2018 second full-length I'm All Ears, the Norwich art-pop duo of Rosa Walton and Jenny Hollingworth, friends since the age of four and recording together since the age of thirteen, exhibit a songwriting talent and musical sophistication prodigiously beyond their years. Ably assisted by producer Sophie, who scales back her own crunchy tendencies to let the duo's sometimes airier predilections shine, I'm All Ears was one of the most exciting, eclectic, and unusual pop records of 2018, stunning with dark, twisting, art-rock epics one moment, then knocking out the most irresistible of youthful, M83/Tegan and Sara-styled dance-pop numbers like It's Not Just Me the next. Not for everyone, but definitely one of 2018's must hear albums. 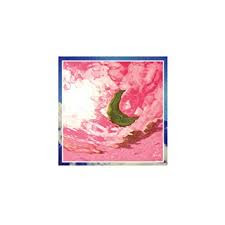 9. In Your Beat - Django Django: I went back and forth on whether to include my favorite, Star Trek-referencing track from this oddball UK art-rock/psych-rock outfit's third studio release Marble Skies here or on our upcoming Rockish Things mix, but ultimately, the Django Django's greater emphasis on synths on their latest effort won out.

10. Dirty Computer - Janelle Monae: Even though, in tandem with Mitski's Be The Cowboy, Janelle Monae's Dirty Computer ran away with 2018's album of the year honors, it is not Monae's best work to date. That honor still goes to 2010's The Archandroid. But on the album's opening title-track collaboration with the Beach Boy's Brian Wilson here, Monae once again displays that omnivorous musical lack of predictability that seems destined to keep her landing atop these best-of polls for years to come. 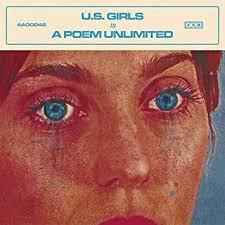 11. Rosebud - U.S. Girls: Here's one last number (the album's most critically celebrated track) from U.S. Girls multifaceted In A Poem Unlimited. Here Meghan Remy, over the smoothest of dance grooves, uses the infamous Citizen Kane sled as a metaphorical entry point into a contemplation of that which is missing from each of our lives.

12. Because It's In The Music - Robyn: Missing U and the song Honey were Honey the album's two biggest hits, but they were also the songs from the album that felt the most like the old Robyn of nine years ago.  This track here has always felt most indicative of the chiller, more intimate feel of the new album as a whole. 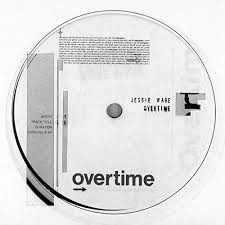 13. Overtime - Jessie Ware: There's no upcoming album (at least to my knowledge) associated with this winning 2018 dance floor single, just an insistent LCD Soundsystem-styled groove over which Ware plies her fantastic, Sade-channeling voice. 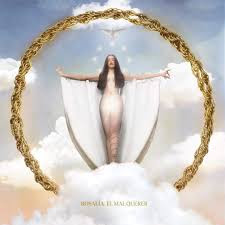 14. Pienso En Tu Mira - Cap.3:Celos - Rosalia: One of the biggest breakout acts of 2018, Catalan's Rosalia Vila Tobello is a classically trained flamenco prodigy and recording artists who has gradually transitioned into contemporary pop without ever shedding her flamenco origins. On her English language debut El Mal Querer she made the transition complete, to boundless critical acclaim. I myself am not a huge fan, along with Sophie's Oil Of Every Pearl's Un-Insides, El Mal Querer was my least favorite critical darling of 2018 (I just don't connect with Rosalia's specific merger of flamenco and modern pop), but it was such a buzz album I felt it important to include something, and Pienso En Tu Mira is definitely my favorite track from the album. 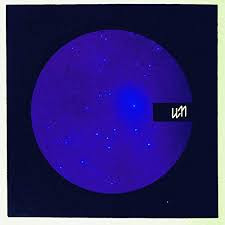 15. Confirmation - Westerman: Jumping in from the start on this artist.  Westerman is a UK DJ so early in his recording career he doesn't even have a full-length release to his name yet. But if this breezy early single is any indication, he might have much more to offer us down the road.

19. Honey - Robyn: As in real life (Robyn got back together with the ex-boyfriend that inspired much of the album's heartbreak), Honey the album's title track is a song of glorious, bedroom-focused romantic reconciliation.

20. Americans - Janelle Monae: On an album full of songs where Monae asserts her politics and identity like never before, Dirty Computer's spirited, rousing closer Americans is probably the most overtly political number of the bunch.