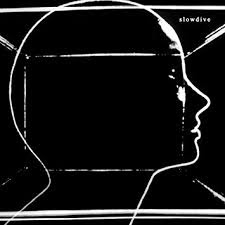 1. Slomo - Slowdive: Given the heavy Shoegaze-lean to this mix, it would be remiss to not include a selection or two from 90s genre-legend Slowdive's first album in twenty-two years. Best of all, despite the Rip Van Winkle-length wait, Slowdive's self-titled fourth album rates among their finest efforts, full of charging rockers, evocative pools of sound, and in a few cases, like album opener Slomo here, some of the most spine-tinglingly beautiful music of 2017. Seriously, the opening half of this track takes my breath away every time. 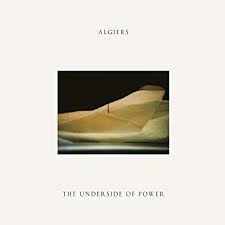 2. Cry Of The Martyrs - Algiers: I want Algiers to succeed so badly. A multi-national, multi-racial, Atlanta-based act with political fire to burn, they have as unique a sound as any contemporary band. But that sound - a driving mix of funk, post-punk, and industrial music that employs processed backing vocals anchored in the share-cropper/chain-gang hymns from over a century ago - is also their biggest weakness. They just haven't exhibited an ability to mix it with any consistency yet.  When they hit the mark, as they did on Blood or And When You Fall from their 2015 eponymous debut, or tracks like The Cycle/The Spiral and Cry Of The Martyrs here from sophomore effort The Underside Of Power, the results are astonishing, but too many times, the sonic density of their work gets the better of them, and all those layers just end up merging into mud.  Here's hoping the third time is the charm for this band, and on their next effort they are able to deliver the bona-fide classic their potential suggests is within their grasp. 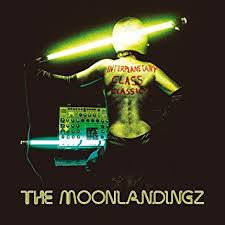 3. The Rabies Are Back - The Moonlandingz: Just a crazy formation story behind this band and their debut album Interplanetary Class Classics. The Moonlandingz were originally a fictional band that informed the narrative thread of English experimental music troop Eccocentric Research Council's fourth album Johnny Rocket, Narcissist & Music Machine...I'm Your Biggest Fan. After enlisting Saul Adamczewski and Lias Kaci Saoudi of Sheffield rock act Fat White Family to give voice to the fictional Moonlandingz both on stage and on that album, all involved soon realized the potential was there to make the group a reality.  Enter Sean Lennon and Yoko Ono.  They came in as producers, and convinced the others to relocated to Lennon's New York studios to record. An array of guest stars, including Human League's Phillip Oakley, The Village People's Randy Jones, and Slow Club's Rebecca Taylor were brought in for additional vocal support, and voila, one of the year's seediest, campiest, and most entertaining albums was born. We'll get to the album's gonzo Yoko-powered coup de grace in a bit, but this song here is the band's humorous putdown of all the rapid English nationalists who crawled out of their holes on the eve of the Brexit vote. 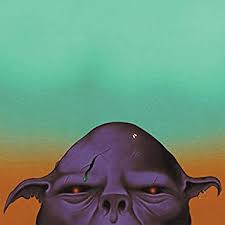 4. Jettisoned - Thee Oh Sees: Ironically, ever since reshaping Thee Oh Sees lineup a few year's ago to unleash a new dual-drummer attack, band-leader/guitarist John Dwyer has fallen in love with softer, more texture-oriented psych-rock explorations that mitigate against the very rhythmic punch he sought to enhance. This track, my favorite from 2017's just okay Orc, puts that contrast of intent into sharp relief, pounding the s*** out of things one moment, falling into hazy, meandering, atmospheric territory the next. That said, Dwyer continues to have the best guitar tone of any musician in the biz. 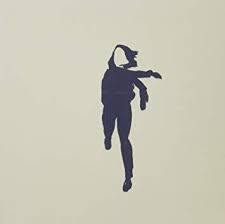 5. Lannoy Point - Ride: As will become obvious, 2017 was a big year for 90s Shoegaze and Pysch-Rock reunions. Keeping with that theme, we check out this cut from Oxford-shoegazers Ride, who stepped forward with their first full-length in twenty-one years, Weather Diaries. 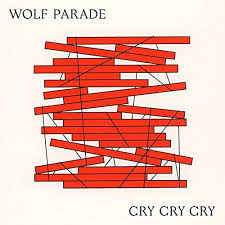 6. Weaponized - Wolf Parade: Gonna be squeezing in a couple more tracks from Wolf Parade's Cry Cry Cry and The Horror's V just because I can. This long, multi-parted Dan Boeckner track  immediately follows Baby Blue on Cry Cry Cry to complete the long Proggy center of an otherwise quick-striking album. 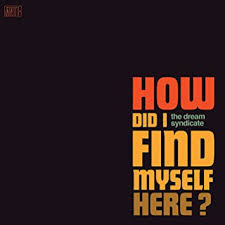 7. Filter Me Through You - The Dream Syndicate: Of all the late-career returns showcased on this mix, the most unexpected came from the Dream Syndicate, one of the L.A.'s premiere late-80s paisley underground acts, who hadn't released an album in twenty-nine years. Even more unexpected, that album, How Did I Find Myself Here?, is really good, a mix of psych-pop charmers like Filter Me Through You here and awesome jammy romps like its title track. 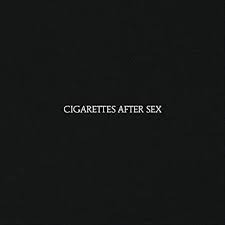 8. K. - Cigarettes After Sex: These ambient poppers out of El Paso, Texas, anchored around Greg Gonzalez's androgynous vocals, have been active for almost a decade, but didn't get around to treating us to an album proper until 2017, with their self-titled Cigarettes After Sex. Full of dreamy, hazy pop, as the yearning song K. makes clear here, it will appeal to anyone who's a fan of acts like Beach House or that haunting Julee Cruise/Bang Bang Bar-aesthetic featured so prominently in David Lynch's Twin Peaks. 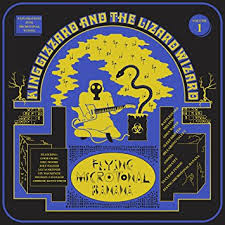 9. Melting - King Gizzzard & The Lizard Wizard: 2017's most prolific award has to go to this silly but very conceptual Aussie jam band, who released not one, not two, not three, not four, but five distinctly different and thematically focused full-lengths in 2017.  Given their incredible output, I had hoped to squeeze in more than one track from the band, but unfortunately, the downside to all that productivity is that none of the albums - Flying Microtonal Banana, Murder Of The Universe, Sketches Of Brunswick East, Polygondwanaland, or Gumboat Soup - are all that great; at least not on the level of the band's close-to-awesome 2016 effort Nonagon Infinity. So for me, it came down to which one of the first three tracks to go with from the band's venture into East-Asian micro-tuning Flying Microtonal Banana (my vote for the best album of the five), and in the end Melting won out over Rattlesnake and Open Water by simple virtue of being shortest. 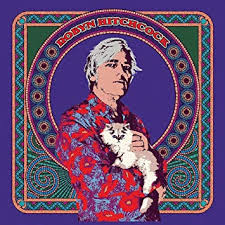 10. Time Coast - Robyn Hitchcock: The prolific English singer/songwriter and former Soft Boys frontman decided to switch things up in 2017, veering away from the folky acoustic vibe of his previous album The Man Upstairs and into full-on psychedlia for his engaging, eponymously titled twenty-first solo effort. 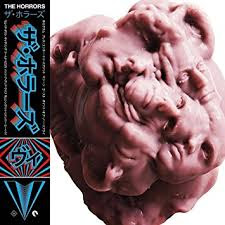 11. Press Enter To Exit - The Horrors: Another song from V, I just love the overloaded industrial noisiness of this track. 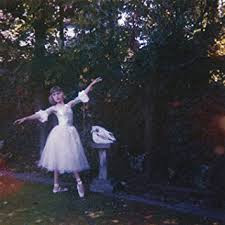 12. Heavenward - Wolf Alice: We'll be hearing another, very different cut from Wolf Alice and their sophomore effort Visions Of A Life on our later best of 2017 mix Vol 12 - P-P, P & G (Post-Punk, Punk & Goth), but here on the album's mournful-but-soaring opener the eclectic London rockers deliver one of the year's best shoegaze tracks in their elegy to a departed friend. 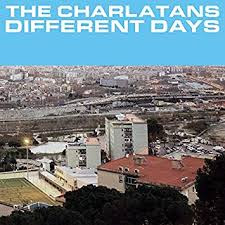 13. Plastic Machinery - The Charlatans: I was a "Madchester" nut back in the late 80's, but if you had asked me then which of that scene's three biggest acts -The Stone Roses, The Happy Mondays, or The Charlatans (known in the states as The Charlatans UK) - would go on to have the best career, my money would have definitely been on the freakishly talented Roses, and then the hyper-daring, anarchic Mondays.  Couldn't have been more wrong. While the Roses and Happy Mondays imploded soon after, The Charlatans have gone on to have one of the most enduring careers of any British act of the last thirty years, with every one of their thirteen full-length releases charting top-40 in the UK.  This song from their latest effort, 2017's Different Days, shows all is still well with the band.

14. Star Roving - Slowdive: One more track from Slowdive, this time the album's lead single and most classically rocking track.

15. Who Are Ya - Wolf Parade: Another one of those crazy Spencer Krug songs from Cry Cry Cry that starts out so off but by the end hits you with a positively rousing ending you can't get enough of.

16. This Cities Undone - The Moonlandingz: And here we go with the knock-out closing track from the Moonlandingz's Interplanetary Class Classics. I have no idea what nonsense Yoko Ono is ranting about in the background, but that doesn't prevent this bizarro cut from being one of my very favorite songs of 2017.