It shouldn't be that surprising that punk had such a super-charged year in 2018 - the genre has always had its roots in politics and rebellion and these are without question politically charged times - and yet, the degree to which (and intelligence with) punk led the charge last year in confronting the biggest issues of the day surprised nonetheless.

So for this hard-rocking mix here we're going to drill down deeper on the five punk albums that best set the tone, profiling four more songs each from Parquet Courts' Wide Awake, IDLES Joy As An Act Of Resistance, and Shame's Songs Of Praise, and two more each from Fucked Up's Dose Your Dreams and Iceage's Beyondless.

It all adds up to what gets my vote for the strongest themed mix in this 2018 collection.

So without any further delay, here's the Spotify link. Enjoy.


About The Albums/Artists/Songs Represented On This Mix:

1. Colossus - IDLES: Invoking the name of notorious gangster Reggie Kray to suggest how far the band is willing to go to defend the rights and dignity of their gay brothers-in-arms, this monster opening track from Joy As An Act Of Resistance might be the single best live song I've seen performed over the last three to four years.

2. Friction - Shame: As I said in our write-up for 2018's Best Of The Best, Shame's debut Songs Of Praise was most notable for how well it channels the sounds of classic post-punk rather than its lyrical punch, but that doesn't mean the band didn't have a point or two to make, as on this call for people everywhere to shake off their fears of confronting others and speak out publicly on what's going wrong in the world today.

3. Total Football - Parquet Courts: The Colin Kaepernick protests serve as a segue into a broader, clever examination of America's unending preference to celebrate rugged individualism over collective, team-oriented effort in this spirited opener from Wide Awake. Oh, and unless you're a New England Patriots fan, this song probably has the best closing line of 2018! 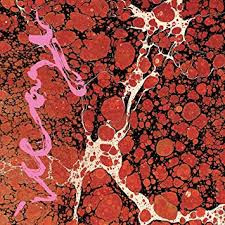 4. Hurrah - Iceage: Mankind's never-ending bloodlust gets a savage, ironic beat down in this satirical opener from Iceage's Beyondless.

5. Samaritans - IDLES: With its potent litany of cliche "man up" catch phrases, the fostering to toxic masculinity generation to generation is the focus here. 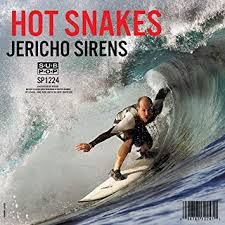 6. Six Wave Hold-Down - Hot Snakes: The first of two acts featured on this mix to return after a lengthy hiatus, Hot Snakes' Jericho Sirens is the band's first studio release in fourteen years. A heavily surf-themed album, the album boasts a number of strong tracks (I also loved I Need A Doctor), but Six Wave Hold-Down is without question the standout.

7. Violence - Parquet Courts: Another song to zero-in on issues of socially tolerated violence, I initially included this track to further illustrate Wide Awake's wild musical eclecticism, but wrapping this write up just two days after the El Paso/Dayton shootings makes Violence now feel like the most urgent and on point song included on this mix. 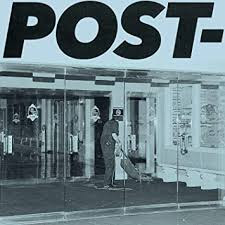 8. Powerlessness - Jeff Rosenstock: One of the top voices in today's D.I.Y. punk scene, the solid Post- is just Rosenstock's third solo release, but the man has been at it for years as a major contributor to past acts The Arrogant Son's Of Bitches, Kudrow, and the music collective Bomb The Music Industry, as well as running his own label Quote Unquote Records - renowned in indie circles for releasing everything it produces for free.

9. One Rizla - Shame: This anthem of self-empowerment no matter one's flaws, the most pop-oriented track and biggest hit from Songs Of Praise, is also the first song the band ever wrote. 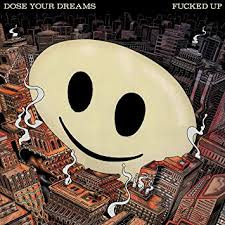 10. Normal People - Fucked Up: Another adventurous inclusion from Fucked Up's Dose Your Dreams to again illustrate how outside the standard instrumental punk aesthetic this band works, this time steering their hardcore attack into old-fashioned glam rock Nirvana.

11. Television - IDLES: As on Shame's One Rizla, self love is the primary theme on Television, though here it comes with coupled with a call to reject all the ways televised and social media would have us feel worse about ourselves. 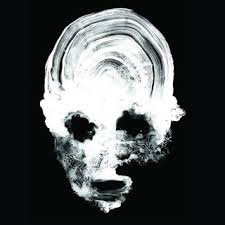 12. Less Sex - Daughters: Returning after a long break-up, Rhode-Island noise-provocateurs Daughter's You Won't Get What You Want was their first album in eight years, and also, quite possibly, the creepiest album of 2018. Loaded with disturbing, off-kilter, hardcore noise explorations, the album is an unrelenting, almost Lynchian nightmare, and even when the aggression does tamp down a bit, as on the more industrial-flavored Less Sex here, the sense of menace is still palpable.

13. Lampoon - Shame: Solitude and its impact on our psyche is the focus of this high energy barn burner from Songs Of Praise.

15. Normalisation - Parquet Courts: One of the best things about Parquet Courts' Wide Awake is how many surprising, Paul's Boutique-styled musical twists and turns it throws into its brief thirty-eight minute run time, and of those, none may be more thrilling than the bass breakdown that hits in the middle of this rant against all of the orange pumpkin's decorum-trashing behaviors here.

16. Catch It - Iceage: On this sleazy, drawling pick-up number slightly reminiscent to the Stones' Stray Cat Blues, Iceage delivers the one naughty, old-school sex-and-drugs-and-rock-and-roll counter balance to the urgent protests present on the majority of this mix.

17. Danny Nedelko - IDLES: One of the biggest songs of the year in Europe, there's no mistaking where IDLES stands on the issue of immigration here.

19. Tenderness - Parquet Courts: After all the anger and bile and funk that precedes it, Wide Awake's closer comes as a welcome, impressively poetic chill down; a gentle, saloon-styled call for us all, in this age of constant rush and distraction, to just to a breath and slow things down for a second or two.