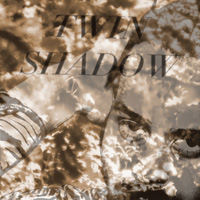 For an artist with just one album to his credit, Twin Shadow (the performing name for Dominican-born, US-raised bedroom recording artist George Lewis, Jr.) sure has been critically associated with a large number of influences.
Because his synth-heavy 80s-styled ballads have such a  nostaglic feel, he is considered a major player in  the chillwave movement.

Because he is a distinctive crooner with an at times overly dramatic delivery, he has been dubbed the "black Morrissey"...a nickname that feels entirely appropriate on some of these tracks, particularly Slow (see the video below).

And because this debut was produced by Grizzly Bear's Chris Taylor, he has been linked with New York's vibrant art-rock scene.

But while all of these comparisons feel legit, none get to the core of Twin Shadow's sound, which for me is simply early 80s late-night romanticism reborn.  Forget Morrissey or chillwave -  Roxy Music's Avalon

, or in more recent terms, the Ben Little sung efforts of England's Wild Beasts are your best points of comparison.

And there's a lot to like here on Forget.

Lewis, both vocally and musically, is a born seducer.  His warm tones are hard to resist, and just about every song opens with a compelling, meticulous, slightly jazzy vibe that sucks one right in.

Where Lewis falls woefully short is in the payoff department. For all his strengths at pulling us in, he can be a very poor finisher.

It should come as no surprise then that the two tracks on Forget that avoid this syndrome are the clear standouts.

The eerie Castles In The Snow dodges the issue by shirking a clear verse/chorus/verse/chorus structure altogether, and At My Heels, the one song that manages to deliver a chorus better than its opening verse, is a straight-up knockout, single-handedly justifying the critical excitement surrounding Lewis, and suggesting how great an artist he can be if he's just able to up his songwriting chops a touch the next time out.

So if you've got a hankering for some quality 80s-flavored high romanticism, ableit inconsistently delivered, give Twin Shadow's Forget a try.

, Castles In The Snow


What are your thoughts on Twin Shadow's Forget? Let readers know with a comment!
Posted by McQ at 8:00 AM