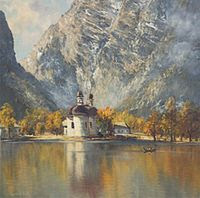 Truth be told, electronica can be a damn tough genre to evaluate.
The instrumental pallet is narrower, the differences between artists and their works subtler and harder to describe, there are rarely vocals or lyrics to grasp onto for meaning, and then there's that whole notion of artistic intent.
Where most rock or pop songs (at least the good ones) are very clear in their content point, most electronica isn't trying to make a prosaic statement...it's out to create an aural environment in which one can co-exist.

I guess, to that end, if the defining core of any single pop song is one idea, and one's evaluation of that song comes down to how well one feels the song expressed and explored that idea, then the defining core of any single electronica track, especially the majority that veer towards the ambient side of the spectrum, is mood, and one's assessment of that track is based primarily upon how evocatively it creates a specific mood.

Taken in that light, it's hard to perceive Pantha Du Prince's minimalistic Black Noise as anything other than an unqualified success.

to its haunting three track closing stretch of Welt Am Draht

And while it may not quite reach the heights achieved by Four Tet's incredible There Is Love In You, it is still one of the strongest electronica releases of 2010, an album to be admired for its precision, consistency, and control.

Again, as with much electronica, this isn't really intended as a foregrounded listen as much as an evocation of mood, so newcomers to this genre, be sure to listen to some samples before committing to a purchase.

But I believe most electronica enthusiasts will find Black Noise a very welcome addition to the genre.

Here's a still-frame-only video for Lay In A Shimmer.


Component Breakdown:
1. Lay In A Shimmer

- 8
Intangibles - High
To Listen, Download, or Buy a CD or Vinyl Hardcopy,
Click on the Widget Below.

What are your thoughts on Pantha Du Prince's Black Noise? Let us know in the comments section.
Posted by McQ at 8:00 AM